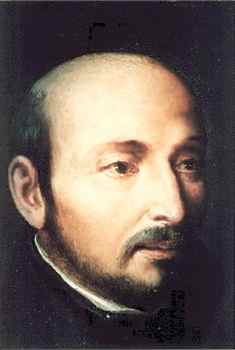 Ignatius of Loyola (1491-1556) was the founder of the Jesuit religious order. He suffered from scruples (a term for obsessions and compulsions), and described them in his autobiography, which he narrated to his secretary. The following excerpt is from the autobiography.

[Ignatius] began to have much trouble from scruples, for even though the general confessions he had made at Montserrat had been quite carefully done and all in writing, as has been said, still at times it seemed to him that he had not confessed certain things. This caused him much distress, because although he had confessed them all, he was not satisfied. Thus he began to look for some spiritual men who could cure him of these scruples, but nothing helped him....

Although he was practically convinced that those scruples did him much harm and that it would be good to be rid of them, he could not break himself off. Sometimes he thought it would cure him if his confessor ordered him in the name of Jesus Christ not to confess anything of the past; he wanted his confessor to order him thus, but he did not dare say this to his confessor.

But without his saying so his confessor ordered him not to confess anything of the past, unless it was something quite clear. But since he found all those things to be very clear, this order was of no use to him, and so he continued with the difficulty. At this time he was staying in a small room that the Dominicans had given him in their monastery. He persevered in his seven hours of prayer on his knees, getting up regularly at midnight, and in all the other exercises mentioned earlier. But in none of them did he find any cure for his scruples, and it was many months that they were tormenting him.

Once when he was very distressed by them, he began to pray, and roused to fervor he shouted out loud to god, saying "Help me, Lord, for I find no remedy in men nor in any creature...."

While he had these thoughts, the temptation often came over him with great force to throw himself through a large hole in his room, next to the place where he was praying....